Put the code quality back at the heart of your project 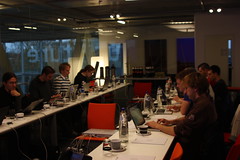 Last saturday was the day that the PHPBenelux usergroup organized their annual BugHuntDay. This year, the focus was on symfony, which led to 4 core team members being there amongst the attendees of the day. The day was attended by 17 people in total who seemed excited to commit some time to supporting symfony, as well as a number of people in the IRC chatroom.

For the event, a seperate milestone was created in trac to keep track of the things that were fixed during the BugHuntDay and also for people to have a single place to pick their tickets from. 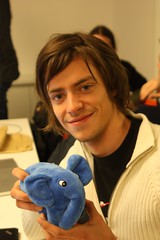 Now for some statistics: 28 tickets from the milestone were closed, with a couple of additional related tickets that were encountered while working on the tickets for the BugHuntDay. Out of those, 15 were marked as fixed, 5 marked as wontfix and 8 were verified and found working in the most recent version of symfony. The focus here was on symfony 1.3, however a number of tickets also touched symfony 1.2 and backports were made accordingly.

The event was a major success, thanks to the sponsor of the day, Intracto, as well as the core team members that were present. But most of all, of course, by the attendees that sacrificed some of their spare time to dig into the bowels of symfony to fix some of the open issues and get a good look at what is inside symfony.

Yeah, was a fun day. I hope more people understand what time insufficient described tickets cost us core folks.
Everybody can contribute by scanning Trac, verifying issues, and testing patches.
not only on bug hunt day

I had a fun day too. I am sad that I couldn't fix some bugs. I still have to learn a lot. But thanks to the community, for the invaluable lessons where I've learned from. It was a very nice experience.