The wait is finally over: the Symfony ElePHPants have arrived!

Anne-Sophie Bachelard
We stand with Ukraine.

We know you’re all familiar with the beloved and original PHP mascot! On the scene since 1998, the logo was originally created for the PHP community by Vincent Pontier. Ten years later, the super plush ElePHPant finally came to life and grew to be adored by the PHP global community.

Conference after conference, we get endless requests from people longing to have their very own ElePHPant. And so, to mark the momentous occasion of Symfony’s 10th birthday we decided to take some serious action. You’ve seen personalised ElePHPants before, but you’ve never seen special edition Symfony ElePHPants!

Our ElePHPant mission started back in June, when we were very excited to have ordered over 1,000 plush toys to share with our community. The excitement was very high! Finally, we get the green light that they have arrived safely in French customs beginning of August. Hooray! We would be able to provide our international conference with the ultimate mascot.

A week passed by and the anticipation grew. But still no elephants! We started to get a bit anxious about the whereabouts of our precious cargo but assumed French customs was simply being slow. Unfortunately, our happiness was short-lived when we discovered that there was a problem with the EU Package Travel Regulation which meant that our ElePHPants were stuck in customs. What followed was months of back and forth attempts to get the soft toys into our possession. To our disappointment, it was then evident that the ElePHPants would not make it to SymfonyCon Paris 2015.

But not all hope was lost! After having failed to rescue the ElePHPants from Customs, our manufacturers, already extremely busy with their Christmas orders, found a little window to resend us some precious mascots. Although much smaller in numbers than originally planned, we are happy to announce that the Symfony ElePHPants have finally touched down in Paris and are ready in time to celebrate 10 years at SymfonyCon Paris 2015! 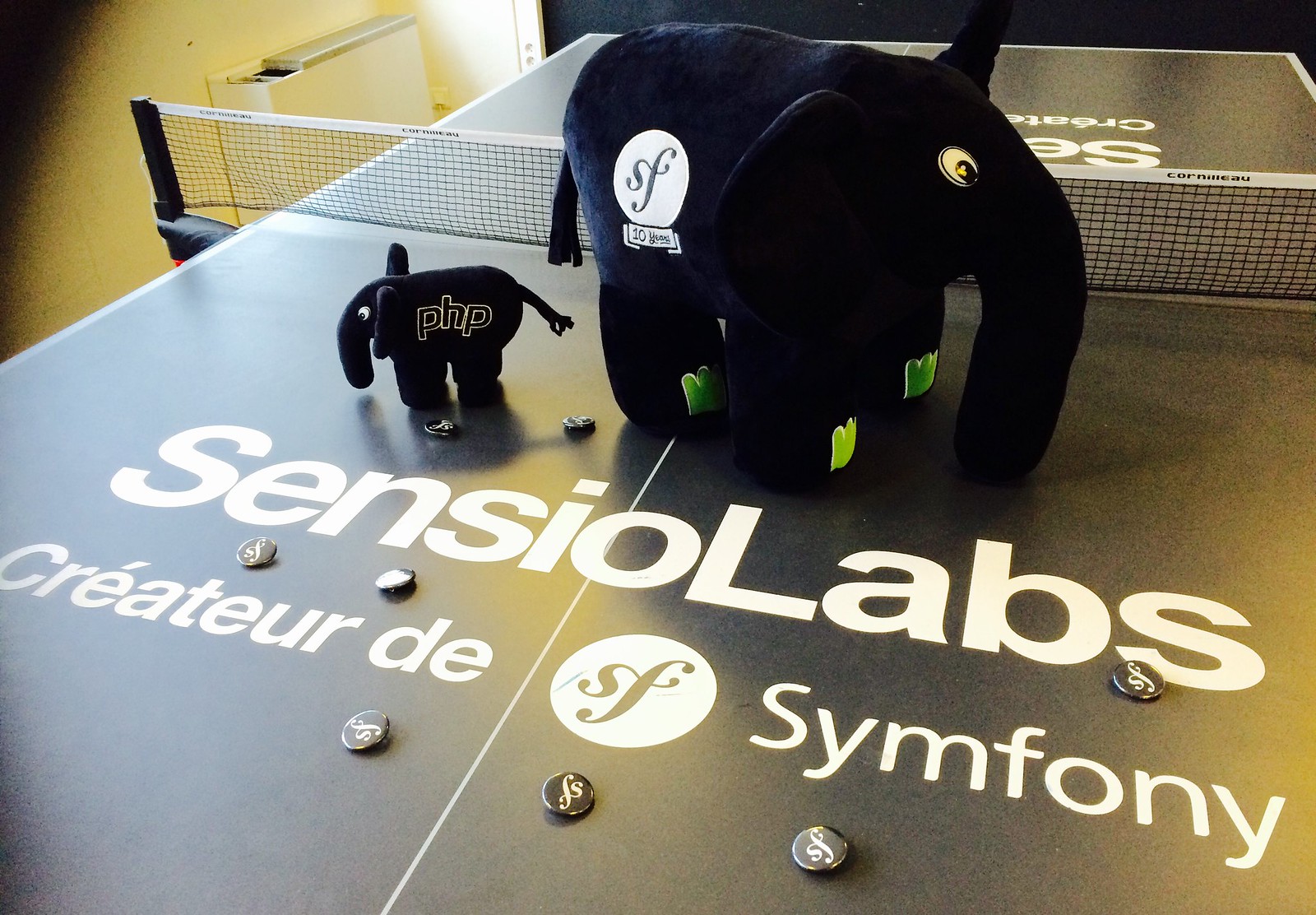 There are limited numbers of special edition 10 years of Symfony ElePHPants. They will be sold exclusively at the SensioLabs stand at SymfonyCon Paris 2015 on 3rd and 4th December 2015. The ElePHPants are not available for pre-order, they are only available for purchase at the conference on a first come first served basis. How can you resist!

SensioLabs is selling the unique ElePHPant at €20 per item, a maximum of 10 individual ElePHPants per meetup group can be purchased at one time or 2 per person.

Be sure to purchase your one of a kind limited edition Symfony ElePHPant at SymfonyCon Paris 2015, you won’t want to miss out on this chance! If you are still debating about whether or not to join us at SymfonyCon Paris, this should be the ultimate reason to convince you, on top of many others of course: an incredible schedule, community networking, friends gathering, an awesome city... You can still register for the biggest Symfony conference ever: SymfonyCon Paris 2015!

See you in Paris!

#6
I think you spelt elephant wrong.

@Art Hundiak, do you think they misspelled the `Symfony` too?

#9
I need this, sell them online please !

#12
I will obviously get one..hopefully Big One!!