Warning: You are browsing the documentation for Symfony 2.1, which is no longer maintained.

Each Symfony version is maintained for a fixed period of time, depending on the type of the release. We have two maintenance periods: 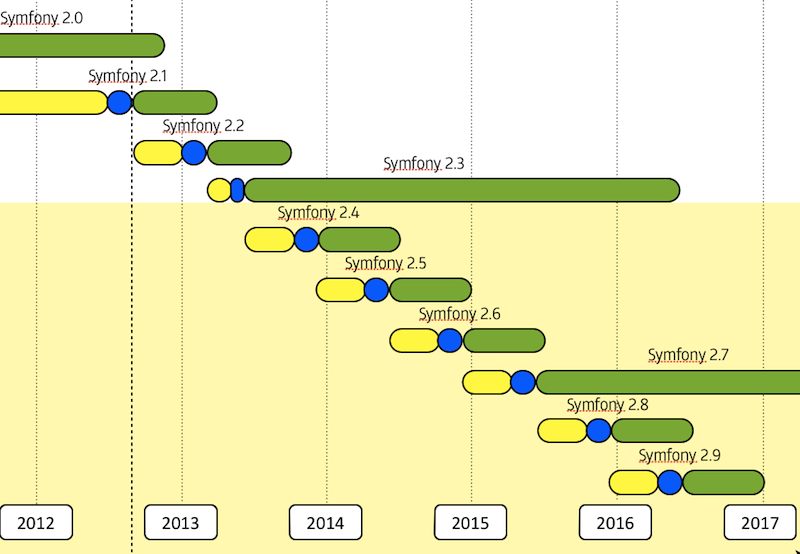 If you want to learn more about the timeline of any given Symfony version, use the online timeline calculator. You can also get all data as a JSON string via a URL like `http://symfony.com/roadmap.json?version=2.x`.