Warning: You are browsing the documentation for Symfony 2.6, which is no longer maintained.

Symfony manages its releases through a time-based model; a new Symfony minor version comes out every six months: one in May and one in November.

The meaning of "minor" comes from the Semantic Versioning strategy.

Each minor version sticks to the same very well-defined process where we start with a development period, followed by a maintenance period.

The full development period lasts six months and is divided into two phases:

Each Symfony minor version is maintained for a fixed period of time, depending on the type of the release. We have two maintenance periods: 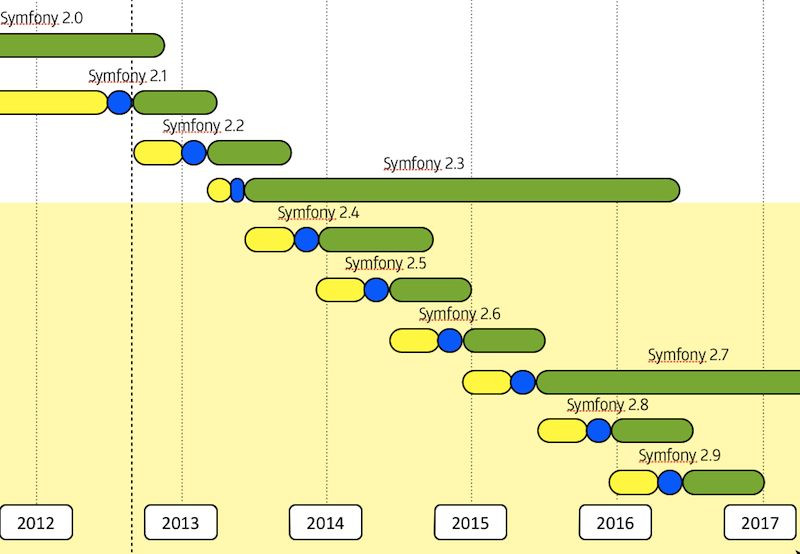 If you want to learn more about the timeline of any given Symfony version, use the online timeline calculator. You can also get all data as a JSON string via a URL like `https://symfony.com/roadmap.json?version=2.x`.

The work on a new major version of Symfony starts whenever enough major features breaking backward compatibility are waiting on the todo-list.