We did it! On September 26th, we achieved a huge milestone: 500 million Symfony packages have been downloaded by the PHP community! Thank you to the countless developers, contributors, companies, conferences and users that have made this massive number a reality. The Symfony ecosystem now consists of over 70 packages, several of which are downloaded, on average, over 50 thousand times every day! 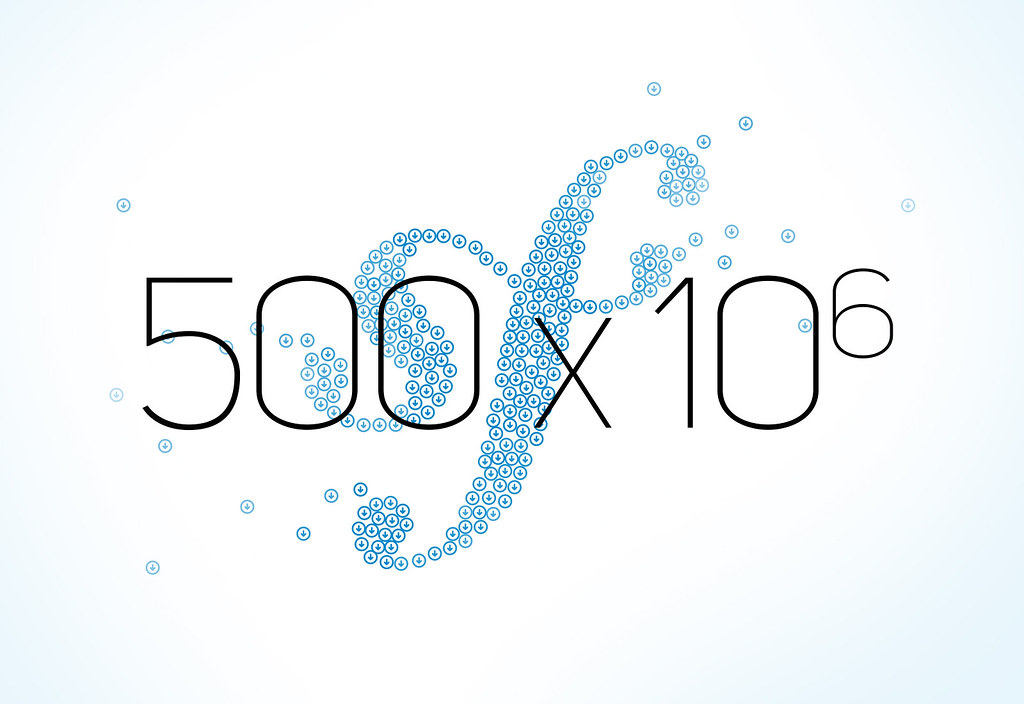 How did this happen? At its heart, Symfony is a set of decoupled libraries called the Symfony Components. These are the foundation for the Symfony Framework, but that's only part of the story. The components have become the de facto standard PHP libraries and are now used by important projects like Drupal, phpBB, Laravel and many others. These days, if you look inside an open source library or commercial app, you'll probably find Symfony. That's really amazing.

LTS Releases, our BC Promise & the Continous Upgrade Path

Symfony owes part of that success to something else that makes it special: its commitment to predictable releases that maintain backwards-compatibility (BC). We as a community have spent a large amount of effort to craft and keep our Backwards Compatibility Promise. In 2013, we adopted a release process that includes a predictable release every 6 months and a long-term support release every 2 years. Each LTS release has three years of bug fix support and four years of security patch support.

But that's not enough: as Symfony 3 approached, we needed a way for Symfony users (both developers and projects) to be able to upgrade without breaking their application or spending countless hours hunting for changes. To solve that, we introduced the idea of a Continuous Upgrade Path. By triggering detailed deprecation warnings, you can replace old code at your own pace and confidently upgrade when you're finished. This framework can now easily be used by any PHP project.

This all takes work, but has allowed Symfony to be a tool that can innovate, while also safely forming the base of complex projects and applications.

The first 500 million has been an incredible ride made possible by the PHP community, but especially the over 1500 code contributors that recently put Symfony in the top ten repositories on GitHub for the most users reviewing code. That's truly a team effort.

But, as the web changes, there are new challenges and great opportunities. Heck, I like to think that we're just getting started. So join us for the next 500 million. 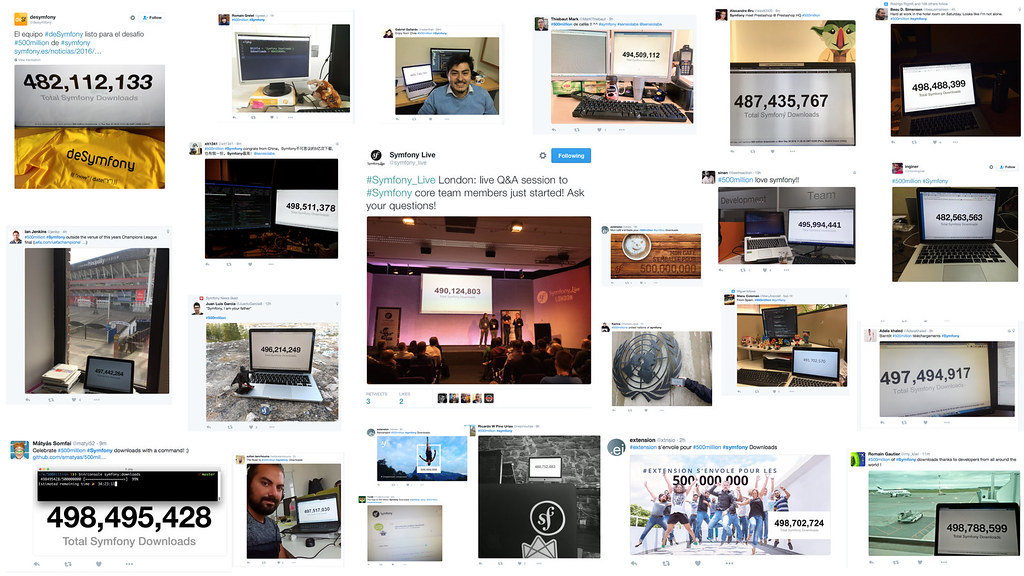 #1
One more thing! We'll have another post in a few days to announce the winners of the #500million tweets! Have fun everyone!

#2
Congrats to the Symfony project and thanks to all the community and the projects that use Symfony components!

#3
Whoopwhoop! Congrats to everyone involved! A graph about the downloads over the years would be nice; do we have a hockey stick curve ? ;-)

PS. Don't let LTS bite you in the bum! https://stovepipe.systems/post/symfony-versioning-and-compatibility

#6
This is just an echo of something far more signinifant - what symfony did (as a whole) for PHP community - guideing us to another level. I just can't imagine PHP without symfony right now. It wasn't so obvious back in symfony1 times, but now?

Obviously (as stated in the article) thousands of PHPers contributed to this success, but I have to say I'm amazed how Fabien and SensioLabs bootstrapped and guided this community for years. Great job guys.

#7
Better update that "Reaching..."-line in the counter thingy up there on the left ;) Congrats!

#8
Wuoooooo! I agree, i can't imagine PHP without Symfony. Congratulations to the Community of Symfony!

#12
Well deserved - best framework for PHP easily. Here's to the next 500 million!

#13
Congratulations on over 500 millions Symfony downloads!!!
All best Symfony community ☺

#19
Beautiful News!!! What an incredible milestone for a truly revolutionary framework! Thanks to everyone for making this incredible example of the evolution of human collaboration and intelligence possible.