The end of the year is the best time to review all that we achieved as a community during the past twelve months. These are some of the highlights of the 2017 year for the Symfony Project.

In addition to the official events, the Symfony communities and user groups around the world organized hundreds of meetups and events, including conferences such as deSymfony 2017 in Castellón (Spain), SymfonyDay 2017 in Milan (Italy) and Symfony Camp UA 2017 in Kiev (Ukraine).

Check out the rest of Symfony community events and submit your own event.

Finally, save the dates for the Symfony 2018 conferences: Paris (March 29-30) and Cologne (May 2-4). Dates for the London, North America and Lisbon (Portugal) events will be announced soon.

The Symfony Core Team, the group of developers that determine the direction and evolution of the Symfony project, added three new members: Robin Chalas, Maxime Steinhausser and Tobias Nyholm.

On September 5th, the Symfony Components crossed a huge landmark, the 1 billionth download, and became the project with most downloads in PHP history. 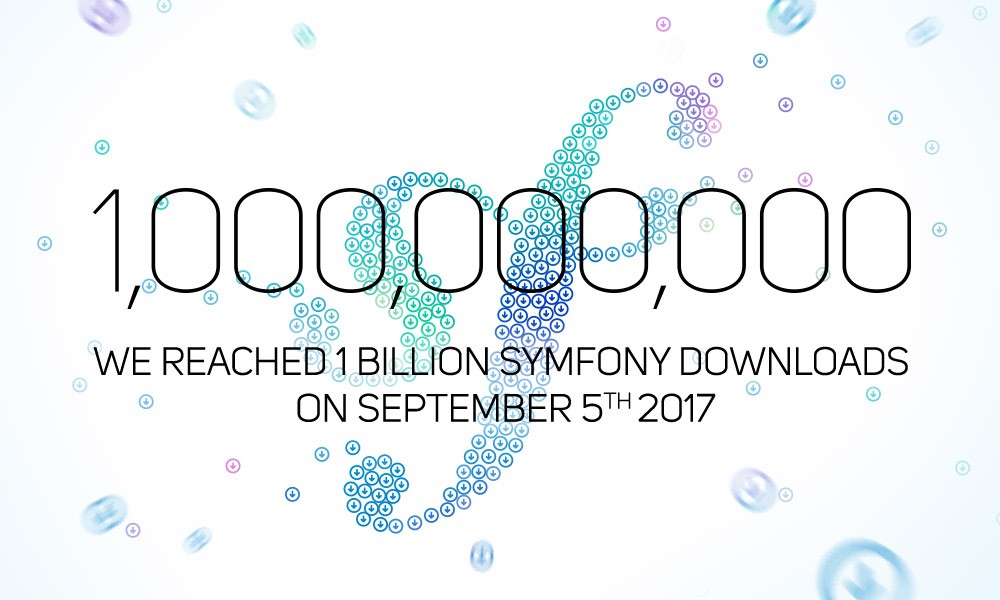 At the time of writing this blog post, the pseudo-real time download stats show more than 1.2 billion downloads, with four components averaging more than 100,000 daily downloads and the three most downloaded components are: EventDispatcher, Console and Yaml.

The biggest news for Symfony in 2017 was the Symfony 4 release.

Symfony 4 is not just a new major Symfony version; it's an entirely reimagined development experience. Symfony 4 is twice as fast than Symfony 3.4 and it uses 70% less code when creating a new application. It also boosts your productivity with service autowiring and the automation provided by Symfony Flex.

The real success of a project is best measured by its community: the people working on/with the project. The biggest challenge for Symfony as a community is how to increase its diversity. That's why on November we announced the diversity initiative, led by Lukas Kahwe Smith. You'll hear about diversity a lot in 2018 with multiple specific and actionable initiatives.

None of the above would have been possible without you: the people who use Symfony, contribute code or docs, organize or attend events, deliver talks and workshops, tweet or retweet about Symfony, publish blog posts, help others in GitHub, Slack or forums. Thank you for making the Symfony project so special.

That's precisely the idea of our last 2017 initiative: say thank you to the projects and libraries used in your projects. You just need to run one command: 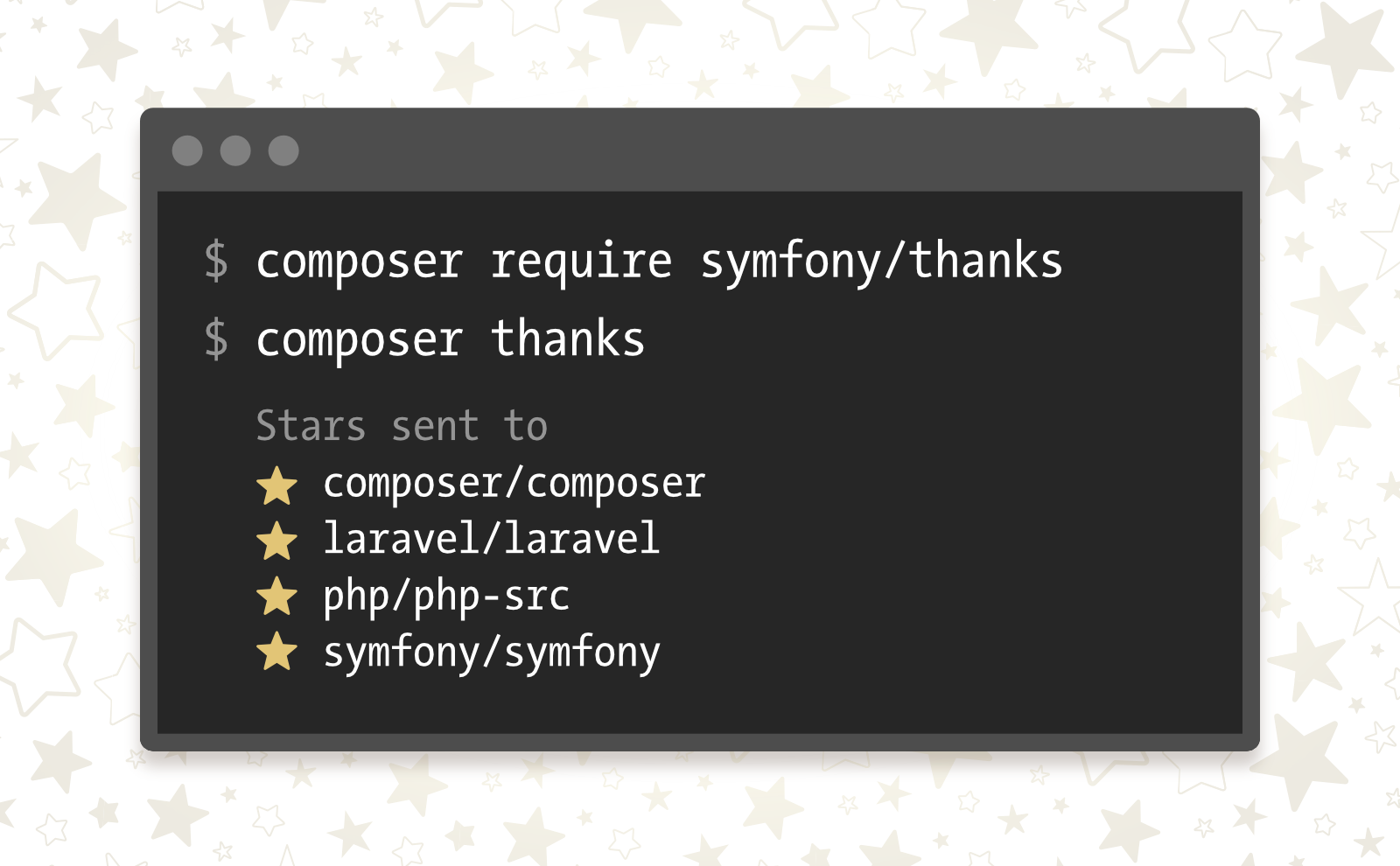 #1
What an amazing year for Symfony as a whole, congratulations and thank you to all involved!

#2
What a brilliant year! I look forward for an even better 2018.
Let's keep up the good work

#4
That was an awesome year for Symfony indeed! Happy new year!